The Obamas Reflect Back on 2015 — Reveal Their Favorite Movies, TV Shows, Songs and More 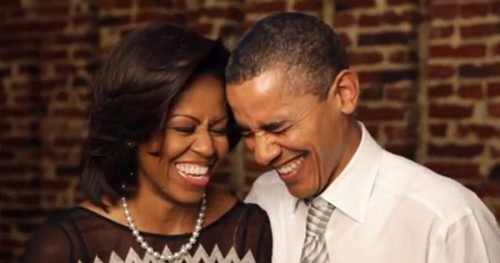 President Barack Obama and First Lady Michelle recently did an interview with People Magazine, not about politics about their top picks for film, television and music in 2015. In the exclusive interview for a special Campaign 2015 edition of the magazine, the pair actually gave some very surprising answers.

President Obama revealed that his favorite movie this year is The Martian starring Matt Damon, and First Lady Michelle says she most enjoyed the animated movie Inside Out.

President Obama also revealed that his favorite song is “How Much a Dollar Cost” by Kendrick Lamar, and First Lady Michelle says she absolutely loves “Uptown Funk” by Mark Ronson featuring Bruno Mars.

And what about TV shows? Well, President Obama apparently is a huge fan of the Cinemax drama series The Knick starring Clive Owen, and his wife loves ABC’s Black-ish starring Anthony Anderson and Tracee Ellis Ross.

And books? The president says his favorite book is Lauren Groff’s Fates and Furies, which explores the key to a great marriage from two different perspectives. The first lady says she loved The Light of the World by Elizabeth Alexander, a memoir about the sudden death of her husband.

And last but not least, comes the presidential couple’s favorite moments of the year. President Obama said his favorite moment was when he appeared on an episode of NBC’s Running Wild where he trekked through the wilderness with Britsh adventurer Bear Grylls. He says also enjoyed seeing people gather outside the White House after the Supreme Court ruled to uphold the right of same sex couples to get married.

And First Lady Michelle says her favorite moment of the year was spending time with young people, especially when she went to a school in Cambodia and spent time with young girls there. She said she really was touched by one young girl who read her a poem she had written called “Let Girls Learn”.