This Principal Saved Her Failing School, And Now She Could Win $1 Million Even Drake thinks she’s great. 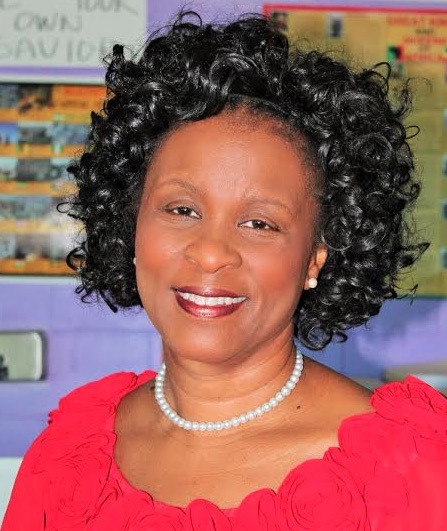 Linda Cliatt-Wayman, principal of Strawberry Mansion High School in Philadelphia.
You may remember Linda Cliatt-Wayman from her appearance in a May 2013 Diane Sawyer special about Strawberry Mansion High School in Philadelphia, which ABC dubbed “one of the most dangerous high schools in the U.S.”
Cliatt-Wayman was the new principal at the time, and she hoped a combination of tough love and high standards would improve the school. Amid constant violence and even threats to her life, it was Cliatt-Wayman’s responsiblity to save the struggling institution from closure.
“I could not find a principal who was suitable to handle this school,” Cliatt-Wayman, who was previously assistant superintendent for Philadelphia Public Schools, said during the TV special. “Therefore, I said to myself, because I love these students … I will just volunteer to be the principal.”
Luckily, a lot has changed since ABC’s special first aired.

In December 2013, recording artist Drake donated a recording studio to Strawberry Mansion High School after it was featured on TV. The school was removed from Pennsylvania’s list of “persistently dangerous schools.” Daily attendance rates went up, and suspension rates went down.

MATT ROURKE/ASSOCIATED PRESS
Strawberry Mansion High School student Zalmir Deputy at work in the recording studio Drake donated to the school.
Earlier this month, Cliatt-Wayman received more good news. She is among the 50 finalists for the second annual Global Teacher Prize. Intended to be the “Nobel Prize of teaching,” it comes with a $1 million award.
The education-focused Varkey Foundation created the Global Teacher Prize to elevate the status of teachers worldwide. This year, the foundation received around 8,000 applications from over 140 countries, Vikas Pota, the foundation’s CEO, told The Huffington Post.
After a lifetime of working in struggling schools, Cliatt-Wayman is hoping to win the prize for the sake of her own children, who she says didn’t always get her full attention due to the demands of her job.
“I’ve been in this business for so long, my children had to sacrifice so much for me being in this business because I was so dedicated to it,” she said. “I want to secure an education for them … so they can go off to college.”
She’d also use the money to help some of her former pupils pay off their student debt, she said.
ABC Breaking News | Latest News Videos
Cliatt-Wayman grew up in a disadvantaged Philadelphia neighborhood, much like the one her students live in. In elementary and middle school, she was bused out to a more affluent neighborhood school as part of a desegregation program. But by high school, she wanted to return to her neighborhood school to be with her friends.
“We were bused out of the community to go to school, but the difference in education was unbelievable,” Cliatt-Wayman said. “I just remember the rigorous work we were given, how everyone was on grade level.”
“And then in high school, my friends really wanted me to go to school in the community … I couldn’t believe it. I couldn’t believe there were ninth-graders who could not read,” she said. “I remember telling my mother, ‘Oh, my God, Mom, how did they get to high school and can’t read?’ I always thought about the disparities in education in different neighborhoods throughout Philadelphia.”
Those experiences have helped Cliatt-Wayman connect with students, says former colleague Mike Spangenberg.
“One of the things that’s incredible about her is she also grew up in poverty in North Philly, so she has the ability to have that conversation with students in a way a lot of people can’t,” Spangenberg said. “She can have a student who’s really experienced trauma and tragedy and she can love them and hug them and say in the same conversation, ‘So, what? Are you going to let this ruin your life?'”
Indeed, for Cliatt-Wayman, when it comes to interacting with students, it’s all about maintaining high expectations while coming from a place of love.
“I’m a firm believer that we got to start with ‘OK, I care, I love you, but these are the things I need for you to move forward, this is what I’m asking you to do,’ she said. “And maybe we’ll just save their lives.”